Santa Ana speckled dace is a fish species that is found primarily in small perennial streams. They thrive in shallow creeks with runs of gravel and cobble substrates where they eat invertebrates, such as insect larvae or nymphs, and algae. They can be active year-round, as long as water temperatures are above 39° F, and spawn throughout the summer, with peaks in June and July 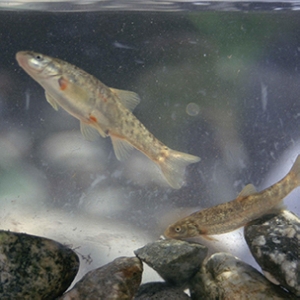 How you can help: Please do not release your pet frogs or turtles into natural areas. They prey on species such as the Speckled Dace.